The last thing on your mind may be your home’s air conditioning unit, but, a new law goes into effect at the end of the year that could leave you sweltering next summer if you don’t pay attention.

Freon, also known as R-22, will no longer be made or imported to the United States, starting January 1st, 2020. The Environmental Protection Agency said the odorless gas, which is one of the key refrigerants in air conditioners, is bad for the environment because it depletes the ozone layer. It will be replaced by more environmentally-friendly refrigerants.

Freon can still be used to service existing air conditioners while supplies of the coolant last.  Most air conditioning units manufactured before 2010 use Freon, or R-22.  Most manufactured after that do not.  They use other coolants that are not banned.

The EPA states, “people can continue to use air conditioning equipment that uses R-22, whether it is a window unit or a central cooling system, and they are not required to replace their existing equipment.” 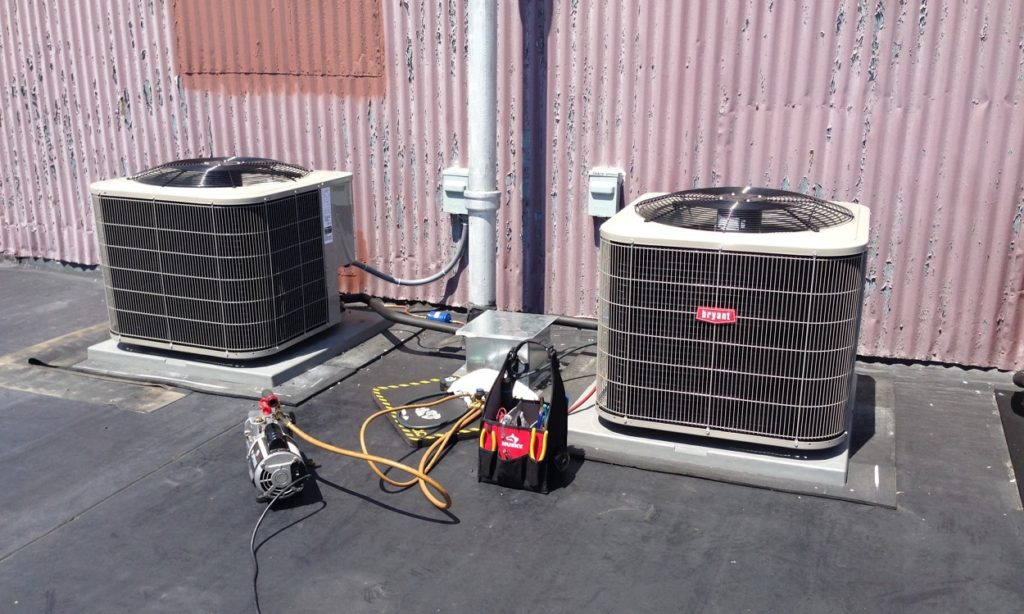 Since there is a limited supply, due to the ban, prices for the coolant have skyrocketed.

“It’s very, very expensive. It’s almost like gold, and they’ve done that to try to encourage people to upgrade and not just keep going along with the old. It is very price prohibitive now,”  said Scott MacFarlane, owner of Dedham-based MacFarlane Energy.

MacFarlane said he carries a limited supply of Freon in his trucks.  He suggests anyone who has had a leak in a unit may want to start planning and budgeting to upgrade their air conditioner.

“When they come to next July and all of a sudden their unit dies, and we have to replace a whole unit, and everybody’s busy, they will have to wait 2-to-3 weeks to get the unit fixed because we’re busy trying to upgrade other people’s equipment. So, it’s always better to be proactive and do it ahead of time if you can afford to do it,”  MacFarlane said.

But if your air conditioning unit was built prior to 2010, and there’s no leak and has been properly maintained, like Gerry Chisholm’s, experts say there’s no need to replace it now.

HVAC experts also say if you have an old window air conditioner and it leaks, it’s likely cheaper to buy a new one, rather than repair it.  Also, changes with Freon won’t effect your vehicle since a different refrigerant is used in cars, trucks and SUVs.

Freon Ban Could Cost Homeowners Big Bucks to Cool Down

This site uses Akismet to reduce spam. Learn how your comment data is processed.

Routine maintenance on your Air... more»

Why Spring Is the Best Time to Replace Your AC Unit

For homeowners in need of a new air... more»

In Massachusetts, our HVAC systems... more»

How to navigate your business appliances through hibernation

With the kids back in school and fall... more»

Warning Signs You Have a Bad AC Condenser

An AC condenser is the part within an... more»

We are a family owned company that goes... more»

Reopening your restaurant? Here are some tips and guidelines for keeping your cool

There are a lot of details to consider... more»

A new study reported that an air... more»

To our valued customers: As the... more»

Calling in the Pros on HVAC Repairs